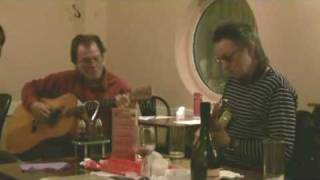 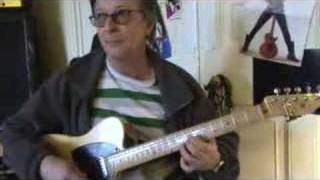 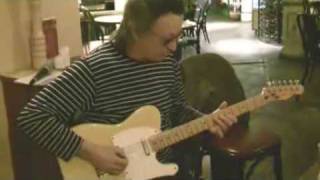 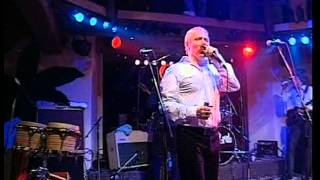 At an early age, Mayo listened to the classical music his father played while at home. Later, he heard "Apache" by The Shadows and enjoyed the record. However, it was when Mayo saw the group on television with their Fender Stratocasters that he became passionate.

I was instantly hooked. I bought all their records etc. aged 10-11. Then the Beatles happened and the whole music thing changed. At about this time I acquired a cheap Russian made acoustic (1964) and taught myself Beatles/Stones etc. songs. I chose the guitar 'cos I'd always been fascinated with its sounds + looks ever since becoming a Shadows freak.

Mayo left school and ended up working in a printing shop for three years. In 1969, he left his work to join a blues band called White Mule. The band stayed together for about a year and played all over the United Kingdom, along with gigs in Switzerland and France. They released a single on MCA Records which was produced by Mike Leander.

After White Mule, Mayo played in various rock line-ups during the early to mid-1970s including Halcyon, 747 and Alias. He also was part of an Irish traditional band called Concrete Mick where he played the mandolin.

Mayo was relatively unknown until early 1977 when he replaced Wilko Johnson in Dr. Feelgood, although Henry McCullough had temporarily stood in when Johnson left. He was known as John Mayo until, having suffered several minor ailments, Dr. Feelgood's Lee Brilleaux said "you've always got the gyp" and the nickname stuck.

Mayo played with Dr. Feelgood for four years and on six albums (Be Seeing You, Private Practice, As It Happens, Let It Roll, A Case of the Shakes and On The Job).[4] He co-wrote the Feelgood's only UK Top 10 single "Milk and Alcohol" with Nick Lowe, and played on four of the five other Dr. Feelgood singles to have appeared in the UK Singles Chart ("She's A Wind Up", "Down at the Doctors", "As Long As The Price is Right" and "Put Him Out of Your Mind"); the only Feelgood single to have charted without him, being "Sneakin' Suspicion".

Mayo's guitar work was featured on the Yardbird's 2003 album, Birdland.

He lived in Bath, Somerset, where he played in several bands, taught guitar, and made guest appearances on albums such as Pete Gage's Tough Talk.