After shooting at San Bernardino Inland Regional Center the hunt for 1-3 suspects was taking place near a San Bernardino, California, authorities said.

SWAT teams and the bomb squad were working to clear the buildings where the shootings took place.

Inland Regional Center, is a private non-profit facility established in 70-ties for people with developmental disabilities. It is unclear how many people were at the facility at the time of the shooting.

The center's webpages says it employs nearly 670 people at its facilities in San Bernardino and Riverside counties, providing service to more than 30,200 people.

The San Bernardino County Coroner's Office has released the names of the people shot and killed during a mass shooting at the Inland Regional Center Wednesday.

The victims are identified as: 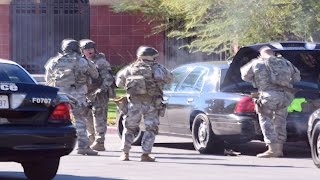 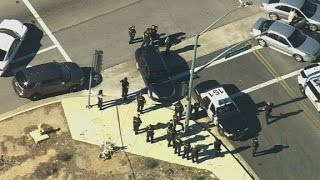 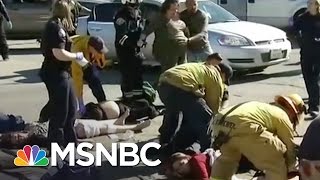