It was the quartet's first performance together in over 24 years — the band's last show with Waters was at Earls Court in London on 17 June 1981. 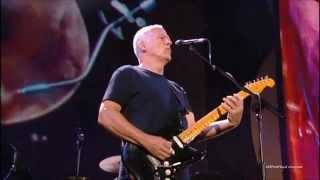 The main Live 8 concert was held at Hyde Park, London, United Kingdom on 2 July 2005. The event is also referred to as Live 8 Londonor Live 8 UK.

It had been said that Paul McCartney and U2's Bono would wear Sgt. Pepper costumes during their performance together. However, when the show took place, the costumes were worn by a four-piece French horn section of free-lance London area players, Richard Steggall, Adam Walters, Joe Walters, and Matt Gunner.

Immediately following Travis' performance, Bob Geldof told the audience that he "couldn't resist playing on this stage" and played the Boomtown Rats song "I Don't Like Mondays". He had earlier said that he did not deserve to play alongside the scheduled acts.

Both The Cure and Muse were originally listed on the Live 8 website as appearing at the Live 8 London concert. During a BBC TV documentary called The Live 8 Story, the names of both acts are visible on a provisional running order compiled during a production meeting between Geldof, Richard Curtis, Harvey Goldsmith and various other parties. In the end, both acts played the Paris Live 8 concert.

All the songs performed by Sting were sung twenty years before at Live Aid.

Some artists already had shows planned for 2 July which they performed after their performances at Live 8. Accordingly, they were not present for the "Hey Jude" grand finale.

The event marked the first time in 24 years that Pink Floyd's seminal line-up would perform.

Originally scheduled to close at 21:30 the concert overran and went on until about 00:30, leaving many in the audience with no means of returning home.

As he had done at Live Aid 20 years previously, Harvey Goldsmith appeared on stage to thank the audience for their patience with the late-running event and to make a closing appeal for people to leave slowly to avoid crushes.

Notable non-performing personalities backstage and in the audience included:

In the United Kingdom, the BBC provided full television coverage, starting on BBC Two from 13:00 and continuing from 18:15 on BBC One, right up to the end of the concert at 00:00. The advertised changeover time was 16:15, disappointing many who had set video recorders accordingly. The coverage was presented by Steve Rider, Fearne Cotton, Jo Whiley and Graham Norton. 350 complaints were made to the BBC about swearing before the 21:00 watershed. The BBC apologised, however a spokesman said:

“This is nothing, really. If EastEnders starts five minutes late we get close to 500 complaints.”

In Ireland, the concert was broadcast on RTÉ Two, whose coverage ran from 14:00 to 00:00 (except 17:00 to 18:00, when the coverage switched to RTÉ One). The coverage was presented by Dave Fanning and Laura Woods.

In the United States, MTV and VH1 provided intermittent and incomplete live and taped coverage, frequently breaking away mid-song for commercials or commentary by their VJs. This decision drew criticism from numerous viewers who viewed the commentary as being frivolous or inane and would have preferred to see the music acts themselves. However, AOL provided a full webcast of the entire show.

After the criticism of viewers, both VH1 and MTV showed highlights of the Live 8 concerts on 9 July 2005 for 5 hours each without commercial interruption.

In Australia, the concert was broadcast on FOX8 (live) and the Nine Network (highlights).

In the UK, there was radio coverage on BBC Radio 1, BBC Radio 2, BBC Radio 5 Live and several local radio stations.

Most commercial radio stations in the UK took a programme produced by Capital FM for the day, presented by Ulrika Jonsson.

In the US, XM Satellite Radio broadcast the concert in its entirety.

The BBC also had live coverage on big screens across the UK.