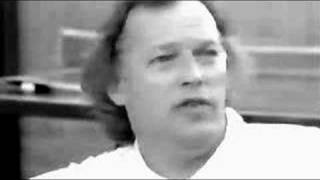 Syd Barrett (6 January 1946 – 7 July 2006), born Roger Keith Barrett, was an English singer-songwriter, guitarist, and painter. He is most remembered as a founding member of the psychedelic/progressive rock band Pink Floyd, providing major musical and stylistic direction in their early work, although he left the group in 1968 amidst speculations of mental illness exacerbated by heavy drug use.

Barrett was active as a rock musician for about seven years, recording three singles, two albums, and several unreleased songs with Pink Floyd, and two solo albums before going into self-imposed seclusion lasting more than thirty years. In his post rock-band life, he focused on his art and on gardening; he died in 2006. A number of biographies have been written about him since the 1980s and Pink Floyd wrote and recorded several tributes to him after he left, the most known being the 1975 album Wish You Were Here.

05.08.1967 | The Piper at the Gates of Dawn is the debut album by the English rock band Pink Floyd, and the only one made under founding member Syd Barrett's leadership.

16.03.1973 | The Dark Side of the Moon is the eighth studio album by the English progressive rock band Pink Floyd