A man stabbed an army and police officeer at Milan Station

A man stabbed an army officer and a policeman at the main train station in Italy's second city Milan on Thursday, a police spokeswoman said, adding that it was not being treated as a terrorist attack.

Later this annoucment was changed 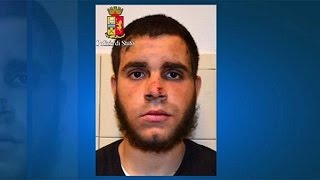 Both officers were being treated in hospital as moderately critical cases, the spokeswoman said.

Asked if the incident was terrorist-related, the spokeswoman said: "We don't think at the moment that that is the right hypothesis to explore."

Police were nonetheless carrying out "the most rigorous checks", she said, and the suspected attacker, who was born in Milan in 1996, had been detained.