The Beatles got 1st time in US no.1 hit list with "I Want to Hold Your Hand"

"I Want to Hold Your Hand" is a song by the English rock band the Beatles. Written by John Lennon and Paul McCartney, and recorded in October 1963, it was the first Beatles record to be made using four-track equipment. 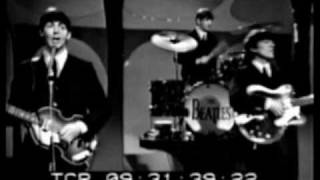 By 1 February 1964 it held the number-one spot, and stayed there for seven weeks before being replaced by "She Loves You", a reverse scenario of what had occurred in Britain. It remained on the US charts for a total of fifteen weeks.

"I Want to Hold Your Hand" became the Beatles' best-selling single worldwide.

In 2013, Billboard Magazine named it the 44th biggest hit of "all-time" on the Billboard Hot 100 charts.