The Siege of Sidney Street, popularly known as the "Battle of Stepney", was a notorious gunfight in London's East End on 3 January 1911. Preceded by the Houndsditch Murders, it ended with the deaths of two members of a supposedly politically motivated gang of burglars and international anarchists supposedly led by Peter Piatkow, a.k.a. "Peter the Painter", and sparked a major political row over the involvement of the then Home Secretary, Winston Churchill.

The siege involved the then Home Secretary Winston Churchill, around 700 Police officers and a detachment of Scots Guards. The siege followed a failed burglary at H.S. Harris Jeweller's in Houndsditch on 16th December 1910, where three police officers were shot dead and two were left disabled. 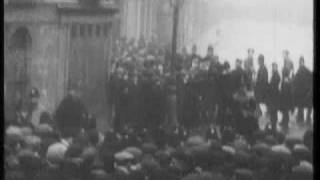 Two Latvians revolutionaries (Fritz Svaars and William Sokolow ) involved in the burglary were tracked to Sidney Street where both were shot after the seven hour siege. The incident has become part of East End folklore. 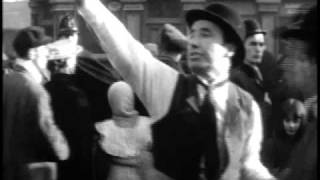 A group of Anarchists commemorate the death of 2 Latvians at the siege of Sidney Street, Stepney, on 3rd January 1911.