12 civilians have reportedly been killed outside Volnovakha 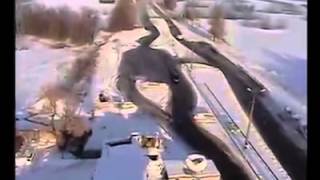 16 (later reported 12 killed and 20 wounded) civilians have reportedly been killed in two GRAD shelling attacks outside Volnovakha, to the south of Donetsk, near a strategically important highway linking Donetsk and Mariupol.

Novosti Donbassa reports that a marshrutka or fixed-route minibus, was struck by shells at around 14:30 (12:30 GMT), killing of the civilian passengers.

At the first. Russian terrorists announced, that Ukrainian militaries' bus was shot. When they recognize, that in the bus were only civilians, they started to accuse Ukrainian army shooting. Scenary identical with MH17

Victims not identified yet.