According to the Prosecutor General's Office, around 1.10 am 14 June 2014 a military transport jet of the Ukrainian Army IL-76 was shot from an antiaircraft missile complex during landing at the airport of Luhansk. There were 40 soldiers and 9 crew members on board of the plane. All of them died", the prosecutor's office clarify. 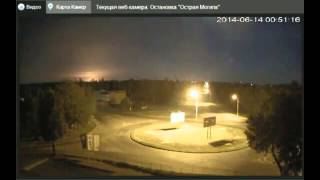