Machine Head is the sixth studio album released by the English hard rock band Deep Purple. It was recorded through December 1971 in Montreux, Switzerland, and released in March 1972.

Machine Head is often cited as a major influence in the early development of the heavy metal music genre. Commercially, it is Deep Purple's most successful album, topping the charts in several countries following its release. The album reached number 1 in the United Kingdom and stayed in the top 40 for 20 weeks. It reached number 7 in the United States, remaining on the Billboard 200 for 118 weeks. 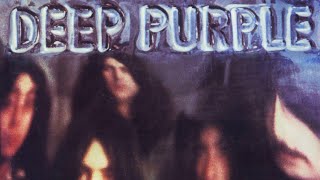 Deep Purple initially planned to record Machine Head in December 1971, at Montreux Casino in Switzerland. A mobile recording studio owned by the Rolling Stones had been booked and hotel reservations made, but lead singer Ian Gillan contracted hepatitis. Cancelling a forthcoming tour of America, the band placed all their plans on hold, and Gillan was advised by his doctor to spend the next few months recuperating. Nevertheless, enthused by the new project, the band travelled to Switzerland to begin recording. The Casino was a large arena built in a complex of casinos, restaurants and other entertainment facilities. The band had performed there in May 1971 and enjoyed both the location and its owner, Claude Nobs. Amongst others, Led Zeppelin, Pink Floyd and Black Sabbath had all performed there. The Casino closed for refurbishments each winter, and so the band arrived there on 3 December. One last concert date remained, following which they were to have the location to themselves.

Frank Zappa's 4 December concert at the Casino was made infamous when a member of the audience fired a flare into the building's roof. Although there were no fatalities, the resultant fire ruined Deep Purple's plans. Nobs relocated the band to a nearby theatre called the Pavilion, where they recorded the basic tracks for a song provisionally titled "Title No. 1." Bass player Roger Glover said he woke up one morning saying the title "Smoke on the Water" out loud. Later Gillan, based on the title, wrote the lyrics describing the band's experience in Montreux, recording the Machine Headalbum. A photograph of the burning Montreux Casino would ultimately be included in the gatefold of Machine Head's album cover.

We had the Rolling Stones' mobile recording unit sitting outside in the snow, but to get there we had to run cable through two doors in the corridor into a room, through a bathroom and into another room, from which it went across a bed and out the veranda window, then ran along the balcony for about 100 feet and came back in through another bedroom window. It then went through that room's bathroom and into another corridor, then all the way down a marble staircase to the foyer reception area of the hotel, out the front door, across the courtyard and up the steps into the back of the mobile unit. I think that setup led to capturing some spontaneity, because once we got to the truck for a playback, even if we didn't think it was a perfect take, we'd go, 'Yeah, that's good enough.' Because we just couldn't stand going back again.”

As a new location the Pavilion proved to be impractical, as local residents flooded the local police station's switchboard to complain about the noise the band made. Although the police were prevented from entering the building by the band's roadies, who held the venue's doors shut, the band were quickly evicted. They searched for other locations in which to record and settled on the empty Grand Hotel, on the edge of Montreux. With the mobile recording unit parked at the main entrance, they set up at the end of one of the building's corridors, off the main lobby.[8] An assortment of equipment and sound-insulating mattresses meant that to get to the recording van the band were forced to walk through bedrooms and across balconies. This proved so arduous that they stopped listening to playbacks of their recordings, instead performing until they were satisfied with what they had.[9]

A song entitled "When a Blind Man Cries" was recorded during these sessions, but not included on the album. Instead, it was used as the B-side on the "Never Before" single. The song appears as a bonus track on the album's 25th anniversary edition.

The supporting tour for Machine Head included a trip to Japan that would later become the double-live Made in Japanalbum. Four songs off Machine Head ("Highway Star", "Smoke on the Water", "Lazy" and "Space Truckin'") would be included on the final cut of the original Made in Japan LP.

Machine Head hit the number one spot on the British charts within seven days of its release, remaining there for two weeks before returning in May for a further week. In the US, the album reached number seven, remaining in the charts for two years.

Rolling Stone's Lester Bangs praised "Highway Star" and "Space Truckin's" lyrics, although he was less complimentary about the remaining songs: "In between those two Deep Purple classics lies nothing but good, hard-socking music, although some of the lyrics may leave a bit to be desired." Robert Christgau rated the album a B, writing "I approve of their speeding, and Ritchie Blackmore has copped some self-discipline as well as a few suspicious-sounding licks from his buddies in London." AllMusic critic Eduardo Rivadavia called Machine Head "one of the essential hard rock albums of all time."

Machine Head contains classical and blues influences. Blackmore confirmed that the chord progression for the solos in "Highway Star" was inspired by the work of 18th-century composer Johann Sebastian Bach. The song was actually composed by Blackmore and Gillan at the start of the Fireball gigs on a bus travelling to Portsmouth Guild Hall, in response to a question from a member of the press as to how the band created their material.

In an Observer Music Monthly Greatest British Albums poll, Ozzy Osbourne chose Machine Head as one of his ten favourite British records of all time.

Machine Head is the subject of one of the Classic Albums series of documentaries about the making of famous albums. Machine Head was released on themultichannel formats DVD-Audio (2001) in a new 5.1 channel mix and SACD (2003) with the European quadraphonic mix, and more recently, also on SACD on 17 August 2011, by Warner Japan in their Warner Premium Sound series (Which has the same 5.1 channel mix as the 2001 DVD-Audio version).

Also as part of the celebrations of the 40th anniversary celebrations Re-Machined: A Tribute to Deep Purple's Machine Head was released on 25 September 2012 byEagle Rock Entertainment.