Jesus Christ Superstar is a rock opera - a concept recording before its first staging on Broadway in 1971.

Jesus Christ Superstar is a rock opera with lyrics by Tim Rice and music by Andrew Lloyd Webber. The musical started as a rock opera concept recording before its first staging on Broadway in 1971. The musical is loosely based on the Gospels' accounts of the last week of Jesus' life, beginning with the preparation for the arrival of Jesus and his disciples in Jerusalem and ending with the crucifixion. It highlights political and interpersonal struggles between Judas Iscariot and Jesus, struggles that are not in the Bible. The resurrection is not included. It therefore largely follows the form of a traditional passion play. The work's depiction offers a free interpretation of the psychology of Jesus and the other characters. A large part of the plot focuses on the character of Judas, who is depicted as a tragic figure dissatisfied with the direction in which Jesus steers his disciples. Contemporary attitudes and sensibilities as well as slang pervade the lyrics and ironic allusions to modern life are scattered throughout the depiction of political events. Stage and film productions accordingly feature many intentional anachronisms. 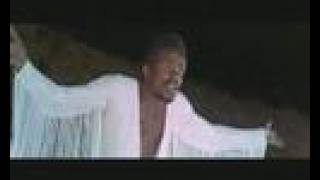 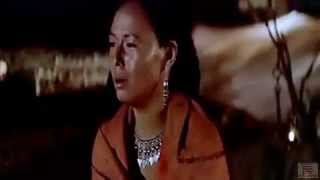 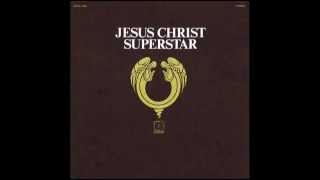 Jesus Christ Superstar is a 1970 rock opera by Andrew Lloyd Webber and Tim Rice. The album musical is a musical dramatisation of the last week of the life of Jesus Christ, beginning with his entry into Jerusalem and ending with the Crucifixion. It was originally banned by the BBC on grounds of being "sacrilegious."

The album's story is based in large part on the Synoptic Gospels and Fulton J. Sheen's Life of Christ, which compares and calibrates all four Gospels. However, greater emphasis is placed on the interpersonal relationships of the major characters, in particular, Jesus, Judas and Mary Magdalene, relationships that are not described in depth in the Gospels.

"Herod's Song (Try It and See)" is a lyrical rewrite of "Try It and See," previously written by Lloyd Webber and Rice as a proposed UK entry into the 1969 Eurovision Song Contest to be sung by Lulu, then recorded and released as a single by Rita Pavone. The writers had also included it (as "Those Saladin Days") in an aborted show called Come Back Richard Your Country Needs You.

The melody of "I Don't Know How to Love Him" also predates Superstar; it was rewritten from a 1968 Lloyd Webber/Rice collaboration titled "Kansas Morning."

For the recording, Lloyd Webber and Rice drew personnel from both musical theatre (Murray Head had just left the West End production of Hair) and the British rock scene (Ian Gillan had only recently become the singer of Deep Purple). Many of the primary musicians — guitarists Neil Hubbard and Henry McCullough, bassist Alan Spenner, and drummer Bruce Rowland — came from Joe Cocker's backing group The Grease Band. Saxophonist Chris Mercer had also played with Hubbard in Juicy Lucy.

The first piece of Superstar released was the title song, as a single in November 1969 backed with the instrumental "John Nineteen Forty-One." The full album followed almost a year later.

The album topped the U.S. Billboard Pop Albums in 1971 and served as a launching pad for numerous stage productions on Broadway and in the West End. The original 1970 boxed-set issue of this 2-record set was packaged in the U.S. with a special thin brown cardboard outer box which contained the 2 vinyl records and a 28-page libretto. The album was listed as the top-selling LP on the U.S. Billboard Pop chart of 1971.[5] It is also the sixth most successful album of all time in Norway, peaking at No. 3 and staying on the charts for 87 weeks.