Władysław Anders was a General in the Polish Army and later in life a politician with the Polish government-in-exile in London.

Anders was born on 11 August 1892 to his father Albert Anders (from Latvia, Vidzeme region) and his mother Elizabeth, born Tauchert, in the village of Krośniewice–Błonie, near Kutno which at that time was part of the Russian Empire (Partitions of Poland).

He was baptized as a member of the Protestant Evangelical-Augsburg Church in Poland; but while being kept in Soviet prisons he made a promise that if he survived and regained strength in his legs (he was seriously injured) he would convert to Roman Catholicism. He did survive, and did indeed convert.

While an undergraduate at Riga Technical University Anders became a member of the Polish student fraternity Arkonia. As a young officer, he served Tsar Nicholas II in the 1st Krechowiecki Lancer's Regiment during World War I, later joining the Polish Army and again serving in cavalry as a commanding officer in 15th Poznań Uhlans Regiment.

Colonel Anders was chief of staff of the government forces during Piłsudski's May Coup of 1926 and was bitterly opposed to President Wojciechowski's decision to surrender to the rebels. Unlike the government's top commander Tadeusz Rozwadowski, he avoided persecution by the Sanation regime that assumed power after the coup.

Anders was in command of a cavalry brigade at the time of the outbreak of World War II. The Polish forces were no match for the larger and better equipped German Wehrmacht with their massive Blitzkrieg tactics and were forced to retreat to the east. During the fighting and retreat Anders was wounded a number of times. He was later taken prisoner by Soviet forces and was jailed, initially in Lviv (then Lwów) and later in Lubyanka prison in Moscow. During his imprisonment Anders was tortured.

Shortly after the attack on the Soviet Union by Germany on 22 June 1941, Anders was released by the Soviets with the aim of forming a Polish Army to fight alongside the Red Army.

Continued friction with the Soviets over political issues as well as shortages of weapons, food and clothing, led to the eventual exodus of Anders' men – known as the Anders Army – together with a sizeable contingent of Polish civilians via the Persian Corridor into Iran, Iraq and Palestine.

Here, Anders formed and led the 2nd Polish Corps, fighting alongside the Western Allies, while agitating for the release of Polish nationals still in the Soviet Union.

Anders was the commander of the 2nd Polish Corps in Italy 1943–1946, capturing Monte Cassino in the Battle of Monte Cassino.

After the war the Soviet-installed communist government in Poland in 1946 deprived him of Polish citizenship and of his military rank. Anders had, however, always been unwilling to return to a Soviet-dominated Poland where he probably would have been jailed and possibly executed, and remained in exile in Britain. He was prominent in the Polish Government in Exile in London and inspector-general of the Polish forces-in-exile.

After the war Anders wrote a book covering his thoughts and experiences. An Army in Exile was published originally by MacMillan & Co., London, in 1949. The book has been recently re-issued under the same title.

In 1948 he married the actress Irena Anders.

He died in London on 12 May 1970, where his body lay in state at the church of Andrzej Bobola, where many of his former soldiers and families came to pay their last respects. He was buried, in accordance with his wishes, amongst his fallen soldiers from the 2nd Polish Corps at the Polish War Cemetery at Monte Cassino in Italy. 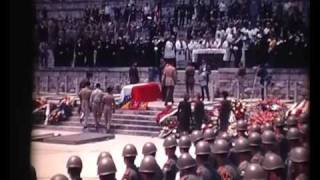 After the collapse of Communist Poland in 1989, his citizenship and military rank were posthumously reinstated. 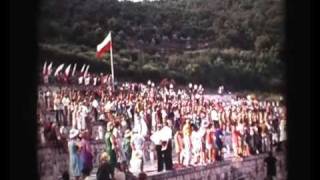 Operation Minsk refers to the Polish offensive and capture of Minsk from the Soviet Russia in early August 1919.

The Invasion of Poland, also known as the September Campaign or 1939 Defensive War (Polish: Kampania wrześniowa or Wojna obronna 1939 roku) in Poland and the Poland Campaign (German: Polenfeldzug) or Fall Weiß (Case White) in Germany, was an invasion of Poland by Germany, the Soviet Union, and a small Slovak contingent that marked the beginning of World War II in Europe. The German invasion began on 1 September 1939, one week after the signing of the Molotov–Ribbentrop Pact, while the Soviet invasion commenced on 17 September following the Molotov-Tōgō agreement which terminated the Russian and Japanese hostilities (Nomonhan incident) in the east on 16 September. The campaign ended on 6 October with Germany and the Soviet Union dividing and annexing the whole of Poland.

26.04.1943 | Stalin breaks off relations with Polish Government in exile after Poles demand answers over Katyn