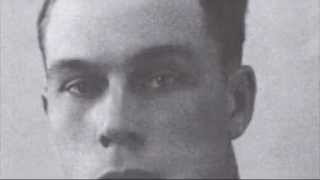 Pilot Officer K. Pniak then served with 257 Squadron, and was involved in the dogfight with Regia Aeronautica aircraft on 11 November 1940. He attacked one Fiat BR.20M bomber that began to smoke and burn and then turned onto its back before it dived into the sea 10 miles east of Harwich after one man had baled out. He then attacked another, which glided in towards the coast, trailing smoke. Pniak then transferred to 306 Squadron, serving from November 1940 to November 1941. Two months at the AFDU followed, before a return to 306 until January 1943. Pniak then served for five months in North Africa with the Polish Fighting Team. Aspell at OTU in a training role ( September 1943-November 1944) then saw Pniak serve as commander of the No. 308 "Cracow" Squadron from 29 November 1944 until 30 June 1945.

After the war he was assigned to Headquarters, Polish Air Force in July 1945 and the Polish No. 131 Wing in November 1945. In August 1946, he returned to 308 Squadron as a supernumerary commander, receiving a Bar to his Polish Cross of Valor and the Dutch DFC.

The Invasion of Poland, also known as the September Campaign or 1939 Defensive War (Polish: Kampania wrześniowa or Wojna obronna 1939 roku) in Poland and the Poland Campaign (German: Polenfeldzug) or Fall Weiß (Case White) in Germany, was an invasion of Poland by Germany, the Soviet Union, and a small Slovak contingent that marked the beginning of World War II in Europe. The German invasion began on 1 September 1939, one week after the signing of the Molotov–Ribbentrop Pact, while the Soviet invasion commenced on 17 September following the Molotov-Tōgō agreement which terminated the Russian and Japanese hostilities (Nomonhan incident) in the east on 16 September. The campaign ended on 6 October with Germany and the Soviet Union dividing and annexing the whole of Poland.