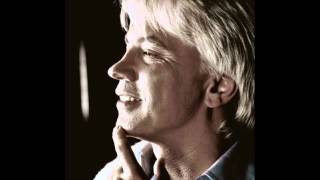 Hvorostovsky came to international prominence in 1989 when he won the BBC Cardiff Singer of the World competition, beating local favorite Bryn Terfel in the final round. His performance included Handel's "Ombra mai fu" and "Per me giunto...O Carlo ascolta" from Verdi's Don Carlos. His international concert recitals began immediately (London debut, 1989; New York 1990).

His operatic debut in the West was at the Nice Opera in Tchaikovsky's The Queen of Spades (1989). In Italy he debuted at La Fenice as Eugene Onegin, a success that sealed his reputation, and made his American operatic debut with the Lyric Opera of Chicago (1993) in La traviata.

He subsequently sang at virtually every major opera house, including the Metropolitan Opera (debut 1995), the Royal Opera House at Covent Garden, the Berlin State Opera, La Scala and the Vienna State Opera. He was especially renowned for his portrayal of the title character in Tchaikovsky's Eugene Onegin; The New York Times described him as "born to play the role."

In 2002, Hvorostovsky performed at the Russian Children's Welfare Society's major fund raiser, the "Petrushka Ball". He was an Honorary Director of the charity. A tall man with a striking head of prematurely silver hair, Hvorostovsky achieved international acclaim as an opera performer as well as a concert artist. He was one of People magazine's 50 most beautiful people, a rare occurrence for a classical musician. His high, medium-weight voice had the typical liquid timbre of Russian baritones.

A recital programme of new arrangements of songs from the World War II era, Where Are You My Brothers?, was given in the spring of 2003 in front of an audience of 6,000 at the Kremlin Palace in Moscow, and seen on Russian Television by over 90 million viewers. The same programme was performed with the St. Petersburg Symphony Orchestra for survivors of the Siege of Leningrad on 16 January 2004.

In later years Hvorostovsky's stage repertoire almost entirely consisted of Verdi operas such as Un ballo in maschera, La traviata and Simon Boccanegra. In 2009 he appeared in Il trovatore in a David McVicar production at the Metropolitan Opera with Sondra Radvanovsky.

In June 2015 Hvorostovsky announced that he had been diagnosed with a brain tumor and canceled all his performances through August. Family representatives said that he would be treated at London's cancer hospital Royal Marsden. In spite of his illness, Hvorostovky returned to the stage at the Metropolitan Opera in September as Count di Luna in Il trovatore for a run of three performances opposite Anna Netrebko. He received strong reviews from both critics and audiences for his performance.

A family man, he was twice married and had four children. He was universally popular among fellow-singers and did much charitable work.

Hvorostovsky made many CD recordings, first with Valery Gergiev for Philips and then with Constantine Orbelian for Delos, and had a number of performances recorded on DVD.