Lincoln Valentine Scott, better known as Style Scott, was a Jamaican reggae drummer, famous for playing in the Roots Radics and, later, with Dub Syndicate. He also recorded and performed with Prince Far I, Bunny Wailer, Scientistand Creation Rebel. 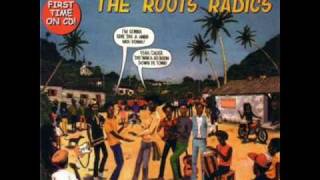 Scott's musical career started in the 1970s while he was still in the Jamaican Defence Force, when he would often sit in on band rehearsals. He started playing on sessions for Jamaica's reggae and dub producers at that time, which led to the formation of the Roots Radics band in 1978 with bass player Errol "Flabba" Holt and guitarist Eric "Bingy Bunny" Lamont. The group played as the rhythm section for many artists including Bunny Wailer, Israel Vibration, and Gregory Isaacs, as well as releasing their own records.

Scott met dub producer Adrian Sherwood of On-U Sound Records while touring Europe with Prince Far I in the 1980s, and Dub Syndicate grew out that meeting. Scott also played on many On-U Sound recordings featuring Prince Fari and other artists.

Scott was found dead in Jamaica on October 11, 2014. Circumstances around his death are unknown at present but murder is suspected. News of Scott's death was first publicly announced that morning on Dub Syndicate's Facebook page, and by Dub Syndicate's guitarist Vince Black, a longtime bandmate of Scott's, in a post on Black's Facebook page, which stated that Scott had been "murdered by criminals. . . with a machete."

Sad news out of Jamaica.

Lincoln “Style” Scott, best known for his work with Adrian Sherwood in Dub Syndicate, has reportedly died. Scott’s career in the reggae world dates back to the 1970s, first with the Roots Radics band and also with Prince Far I, Bunny Wailer, Scientist, and Creation Rebel.

The circumstances of his death are unknown, but murder is rumored. Dub Syndicate have confirmed the news via Facebook:

Very very sad news – but it is true. Style Scott is dead. We do not have very precise information from Jamaica and we are not able to comment anything in the moment because we are totally shocked and we are in a vacuum of sadness and we are speachless…!