Bernardo Bellotto (ca. 1721/2 – 17 October 1780) was an Italian urban landscape painter or vedutista, and printmaker in etching famous for his vedutes of European cities (Dresden, Vienna, Turin and Warsaw). He was the pupil and nephew of Canaletto and sometimes used the latter's illustrious name, signing himself as Bernardo Canaletto. Especially in Germany, paintings attributed to Canaletto may actually be by Bellotto rather than by his uncle; in Poland, they are by Bellotto, who is known there as "Canaletto".

Bellotto's style was characterized by elaborate representation of architectural and natural vistas, and by the specific quality of each place's lighting. It is plausible that Bellotto, and other Venetian masters of vedute, may have used the camera obscura in order to achieve superior precision of urban views.

Bellotto was born in Venice, the son of Lorenzo Antonio Bellotto and Fiorenza Canal, sister of the famous Canaletto, and studied in his uncle's workshop.

In 1742 he moved to Rome, where he produced vedute of that city. In 1744 and 1745 he traveled northern Italy, again depicting vedute of each city. Among others, he worked for Charles Emmanuel III of Savoy.

From 1747 to 1758 he moved to Dresden, following an invitation from King August III of Poland. He created paintings of the cities Dresden and Pirna and their surroundings. Today these paintings preserve a memory of Dresden's former beauty, which was destroyed by bombing during World War II.

His international reputation grew, and in 1758 he accepted an invitation from Empress Maria Theresa to come to Vienna, where he painted views of the city's monuments. Thereafter he worked in Munich and then again in Dresden.

When King August III of Poland, also an Elector of Saxony, who usually lived in Dresden, died in 1763, Bellotto's work became less important in Dresden. As a consequence, he left Dresden to seek employment in St Petersburg at the court of Catherine II of Russia. On his way to St. Petersburg, however, Bellotto accepted an invitation in 1764 from Poland's newly elected King Stanisław August Poniatowski to become his court painter in Warsaw.

Here he remained some 16 years, for the rest of his life, as court painter to the King, for whom he painted numerous views of the Polish capital and its environs for the Royal Castle in Warsaw, complement of the great historical paintings commissioned by Poniatowski from Marcello Bacciarelli. His paintings of Warsaw, later relocated to Moscow and Leningrad, were restored to the Polish Communist Government and were used in rebuilding the city after its near-complete destruction by German troops during World War II.

There are paintings by Bellotto also at the Czartoryski Museum, in Krakow, Poland (a museum founded by Izabela Czartoryska, (1743–1835), with paintings and works of art from her estate, Pulawy), and in Wilanów Palace, in the outskirts of Warsaw, founded around 1805 by Stanislaw Kostka Potocki, where a portrait of the above mentioned Izabela Czartoryska can be seen. 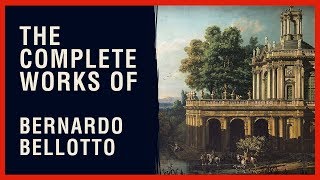