The duo rapidly achieved international success with their debut single "Yes Sir, I Can Boogie", which reached number one across much of Europe and became the best-selling single of all-time by a female group, eventually selling more than 18 million copies worldwide. A successful follow-up single ("Sorry, I'm a Lady") and European tour led to a number of album releases, numerous television appearances and the duo's selection to represent Luxembourg in the Eurovision Song Contest 1978. 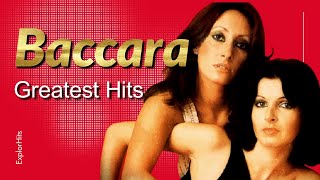