Emily Hartridge was born in Hambledon, Hampshire, England in 1984.

Hartridge began publishing vlogs on her YouTube channel in 2012 with her "Ten Reasons Why ..." videos. Her material covered topics such as sex, relationships, love, gender and modern life, as well as pieces about her personal life such as her sexuality, mental health and her decision to freeze her eggs. She also presented television shows such as Channel 4's series Oh Sh*t I'm 30 and appeared in Sketch My Life.

At the time of her death, Hartridge was undergoing fertility treatment for egg harvesting as she hoped to have a baby with her boyfriend Jake Hazell as she had been diagnosed with low fertility in 2018. Hartridge met Jake whilst working as a personal trainer. After struggling with addiction and depression and as a mental health campaigner himself, Hazell appeared in Hartridge's YouTube videos on a regular basis. 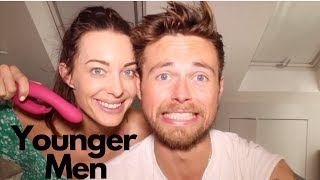 Hartridge died when the e-scooter she was riding hit a lorry at a roundabout in Battersea, London. She was 35 years old. Hartridge is believed to be the first person to die in the United Kingdom in an accident involving an e-scooter.

The last video posted, entitled "10 Reasons to Get a Younger Boyfriend" showed Hartridge receiving two scooters, gifted to her by Hazell following her 35th birthday in May. One of the two was an electric model, believed to be the one used by Hartridge on the day she died.