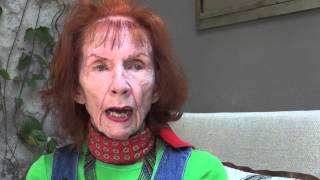 She is the author of the novels Amo: The feminist centrefold from outer space (1974) and My Darling from the Lions (1968), and the short story collection Secrets of San Miguel (2013), as well as the novelisations Adios, Sabata (1971) and The Ghost and Mrs. Muir (1968). She has also published a memoir, Sleeping with the Bad Boys (2006), about her time among the New York circle of writers in the fifties and sixties.

She was Playboy magazine's Playmate of the Month for the July 1956 issue. Her centerfold was credited to Arthur-James and Mike Shea. She died of complications from ovarian cancer on January 27, 2016.