On November 11 every year, Latvia lights up numerous candles to commemorate the Latvian army's victory over the West Russian Volunteer Army led by general Pavel Bermont-Avalov on November 11, 1919. On this day Latvia honours Latvian Freedom Fighters.

The war involved Latvia (its provisional government was supported by Estonia,Poland, and the Western Allies, particularly the United Kingdom) against the Russian SFSR and the Bolsheviks' short-lived Latvian Socialist Soviet Republic.

Germany and the Baltic nobility added a new level of intrigue, initially being nominally allied to the Nationalist/Allied force, but attempting to jockey for German domination of Latvia. Eventually, the tensions flared up after a German coup against the Latvian government and led to open war.

Following a ceasefire, the Germans developed a ploy, nominally dissolving into the West Russian Volunteer Army led by general Pavel Bermont-Avalov. The West Russian Volunteer Army included Germans and former Russian prisoners of war nominally allied with the White Army in the Russian Civil War, but both Bermondt-Avalov and von der Goltz were more interested in eliminating the nationalists than fighting the Bolsheviks. Certain episodes of the Latvian Independence War are therefore also considered by Polish historians to be a part of the Polish-Soviet War(particularly the Battle of Daugavpils). 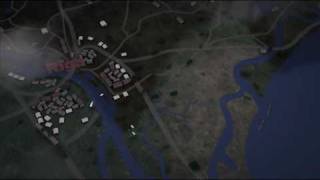 Video: 2 hours of names of those fallen in Latvia Independence War 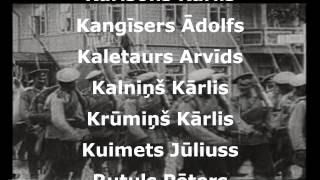