Alexander Graham Bell received a patent (U.S. Patent No. 174,465) for his telephone

A telephone, or phone, is a telecommunications device that permits two or more users to conduct a conversation when they are too far apart to be heard directly. A telephone converts sound, typically and most efficiently the human voice, into electronic signals suitable for transmission via cables or other transmission media over long distances, and replays such signals simultaneously in audible form to its user. 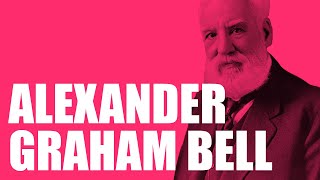 The word telephone was first coined by Johann Philipp Reis ca. 1860 in reference to the Reis telephone, and the term was later adapted into the vocabulary of many languages. It is derived from the Greek: τῆλε, tēle, "far" and φωνή, phōnē, "voice", together meaning "distant voice". In 1876, Alexander Graham Bell was the first to be granted a United States patent for a device that produced clearly intelligible replication of the human voice. This instrument was further developed by many others. The telephone was the first device in history that enabled people to talk directly with each other across large distances.