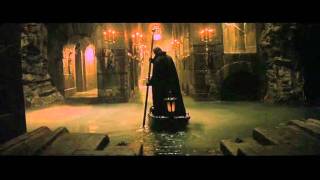 The Phantom of the Opera is a musical with music by Andrew Lloyd Webber and lyrics by Charles Hart. Richard Stilgoe and Lloyd Webber wrote the musical's book together. Stilgoe also provided additional lyrics.

Based on the eponymous French novel by Gaston Leroux, its central plot revolves around a beautiful soprano, Christine Daaé, who becomes the obsession of a mysterious, disfigured musical genius living in the subterranean labyrinth beneath the Paris Opéra House.

The musical opened in London's West End in 1986, and on Broadway in 1988. It won the 1986 Olivier Award and the 1988 Tony Award for Best Musical, and Michael Crawford (in the title role) won the Olivier and Tony Awards for Best Actor in a Musical. It is the longest running show in Broadway history by a wide margin, and celebrated its 10,000th Broadway performance on 11 February 2012, the first production ever to do so. It is the second longest-running West End musical, after Les Misérables, and the third longest-running West End show overall, after The Mousetrap.

With total estimated worldwide gross receipts of over $5.6 billion and total Broadway gross of $845 million, Phantom was the most financially successful entertainment event until The Lion King surpassed it in 2014. By 2011, it had been seen by over 130 million people in 145 cities across 27 countries, and continues to play in London and New York.

In 1984, Lloyd Webber contacted Cameron Mackintosh, the co-producer of Cats and Song and Dance, to propose a new musical. He was aiming for a romantic piece, and suggested Gaston Leroux's book The Phantom of the Opera as a basis. They screened both the 1925 Lon Chaney and the 1943 Claude Rains motion picture versions, but neither saw any effective way to make the leap from film to stage. Later, in New York, Lloyd Webber found a second-hand copy of the original, long-out-of-print Leroux novel, which supplied the necessary inspiration to develop a musical: "I was actually writing something else at the time, and I realised that the reason I was hung up was because I was trying to write a major romantic story, and I had been trying to do that ever since I started my career. Then with the Phantom, it was there!"

Lloyd Webber first approached Jim Steinman to write the lyrics because of his "dark obsessive side", but he declined in order to fulfill his commitments on a Bonnie Tyler album. Alan Jay Lerner was then recruited, but he became seriously ill after joining the project and was forced to withdraw; none of his contributions (mostly involving the song "Masquerade") are credited in the show. Richard Stilgoe, the lyricist for Starlight Express, wrote most of the original lyrics for the production. Charles Hart, a young and then-relatively unknown lyricist, later rewrote many of the lyrics, along with original lyrics for "Think of Me". Some of Stilgoe's original contributions are still present in the final version, however.

Inspired in part by an earlier musical version of the same story by Ken Hill, Lloyd Webber's score is sometimes operatic in style but maintains the form and structure of a musical throughout. The full-fledged operatic passages are reserved principally for subsidiary characters such as Andre and Firmin, Carlotta, and Piangi. They are also used to provide the content of the fictional "operas" that are taking place within the show itself, viz., Hannibal, Il Muto, and the Phantom's masterwork, Don Juan Triumphant. "Here, Lloyd Webber pastiched various styles from the grand operas of Meyerbeer through to Mozart and even Gilbert and Sullivan." These pieces are often presented as musical fragments, interrupted by dialogue or action sequences in order to clearly define the musical's "show within a show" format.

The musical extracts from the Phantom's opera, "Don Juan Triumphant", heard during the latter stages of the show, are dissonant and modern—"suggesting, perhaps, that the Phantom is ahead of his time artistically".

Maria Björnson designed the sets and over 200 costumes, including the elaborate gowns in the "Masquerade" sequence. Her set designs, including the chandelier, subterranean gondola, and sweeping staircase, earned her multiple awards. Hal Prince, director of Cabaret, Candide, Follies, and Lloyd Webber's Evita, directed the production, while Gillian Lynne, associate director and choreographer of Cats, provided the integral musical staging and choreography.

A preview of the first act was staged at Sydmonton (Lloyd Webber's home) in 1985, starring Colm Wilkinson (later the star of the Toronto production) as the Phantom, Sarah Brightman as Kristin (later Christine), and Clive Carter (later a member of the London cast) as Raoul. This very preliminary production used Richard Stilgoe's original unaltered lyrics, and many songs sported names that were later changed, such as "What Has Time Done to Me" ("Think of Me"), and "Papers" ("Notes"). The Phantom's original mask covered the entire face and remained in place throughout the performance, obscuring the actor's vision and muffling his voice. Björnson designed the now-iconic half-mask to replace it, and the unmasking sequence was added. Clips of this preview performance were included on the DVD of the 2004 film production.

Phantom began previews at Her Majesty's Theatre in London's West End on 27 September 1986 under the direction of Hal Prince, then opened on 9 October. It was choreographed by Gillian Lynne and the sets were designed by Maria Björnson, with lighting by Andrew Bridge.[24] Michael Crawford starred in the title role with Sarah Brightman as Christine and Steve Barton as Raoul. The production, still playing at Her Majesty's, celebrated its 10,000th performance on 23 October 2010, with Lloyd Webber and the original Phantom, Michael Crawford, in attendance. It is the second longest-running musical in West End (and world) history behind Les Misérables, and third overall behind The Mousetrap.

A 25th-anniversary stage performance was held in London on 1 and 2 October 2011 at the Royal Albert Hall and was screened live in cinemas worldwide.[27] The production was produced by Cameron Mackintosh, directed by Laurence Connor, musical staging & choreography by Gillian Lynne, set design by Matt Kinley, costume design by Maria Björnson, lighting design by Patrick Woodroffe, and sound design by Mick Potter. The cast included Ramin Karimloo as the Phantom, Sierra Boggess as Christine, Hadley Fraser as Raoul, Wynne Evans as Piangi, Wendy Ferguson as Carlotta, Barry James as Monsieur Firmin, Gareth Snook as Monsieur Andre, Liz Robertsonas Madame Giry, and Daisy Maywood as Meg Giry. Lloyd Webber and several original cast members, including Crawford and Brightman, were in attendance. A DVD and Blu-ray of the performance was released in February 2012, and it began airing in March 2012 on PBS's "Great Performances" television series.

In March 2012, a new production directed by Laurence Connor began a UK and Ireland tour to commemorate the 25th anniversary of the show, beginning at the Theatre Royal Plymouth and travelled to Manchester, Bristol, Dublin, Leeds, Edinburgh, Milton Keynes, Cardiff, and Southampton. John Owen-Jones and Earl Carpenter alternated as the Phantom with Katie Hall and Olivia Brereton as Christine and Simon Bailey as Raoul.

Phantom began Broadway previews at the Majestic Theatre on 9 January 1988 and opened on 26 January. Crawford, Brightman, and Barton reprised their respective roles from the West End. The production continues to play at the Majestic, where it became the first Broadway musical in history to surpass 10,000 performances on 11 February 2012.

On 26 January 2013, the production celebrated its 25th anniversary with its 10,400th performance. It is, by over 3,500 performances, the longest-running show in Broadway history. By November 2016, Phantom had been staged over 12,000 times over 28 years. The 30th anniversary was on January 26, 2018- the first Broadway musical to reach this milestone- with the celebration on the 24th, special events all week long and a renunion with the original cast during the curtain call.

Critical reviews were mostly positive on opening. The New York Times' Frank Rich writes: "It may be possible to have a terrible time at The Phantom of the Opera, but you'll have to work at it. Only a terminal prig would let the avalanche of pre-opening publicity poison his enjoyment of this show, which usually wants nothing more than to shower the audience with fantasy and fun, and which often succeeds, at any price."

Howard Kissel from New York Daily News commended the production, calling it "a spectacular entertainment, visually the most impressive of the British musicals", and praised Lloyd Webber's score despite its "synthetic, borrowed quality" as well as Michael Crawford's "powerful" performance. Maria Björnson's set and costume design in particular garnered critical acclaim, with reviewers calling it "a breathtaking, witty, sensual tribute to 19th century theater" as well as "marvels of period atmospheric detail and technical savvy".

In 1987 the heirs of Giacomo Puccini charged in a lawsuit that a recurring two-bar passage in "Music of the Night" closely resembled a similar phrase first heard in the aria "Quello che tacete" from Puccini's opera Girl of the Golden West. The litigation was settled out of court for an undisclosed amount.

In 1990 a Baltimore songwriter named Ray Repp filed a lawsuit alleging that the title song from Phantom was based on a song that he wrote in 1978 called "Till You". After eight years of litigation – including an unsuccessful countersuit by Lloyd Webber claiming that "Till You" was itself a plagiarism of "Close Every Door" from Joseph and the Amazing Technicolor Dreamcoat the jury found in Lloyd Webber's favour.