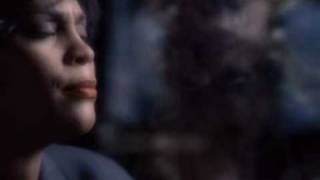 I Will Always Love You

Whitney Elizabeth Houston (August 9, 1963 – February 11, 2012) was an American singer, actress, producer, and model. At the time of her death, Houston was the most awarded female act of all time, according to Guinness World Records. Her list of awards includes two Emmy Awards, six Grammy Awards, 30Billboard Music Awards, 22 American Music Awards, among a total of 415 career awards as of 2010. Houston was also one of the world's best-selling music artists, having sold over 170 million albums, singles and videos worldwide. Inspired by prominent soul singers in her family, including her mother Cissy Houston, cousins Dionne Warwick and Dee Dee Warwick, and her godmother Aretha Franklin, Houston began singing with New Jersey church's junior gospelchoir at age 11. After she began performing alongside her mother in night clubs in the New York City area, she was discovered by Arista Records label headClive Davis. Houston released seven studio albums and three movie soundtrack albums, all of which have diamond, multi-platinum, platinum or gold certification.

Houston was the only artist to chart seven consecutive No. 1 Billboard Hot 100 hits ("Saving All My Love for You", "How Will I Know", "Greatest Love of All", "I Wanna Dance with Somebody (Who Loves Me)", "Didn't We Almost Have It All", "So Emotional" and "Where Do Broken Hearts Go"). She was the second artist behind Elton John and the only female artist to have two number-one Top Billboard 200 Album awards (formerly "Top Pop Album") on the Billboardmagazine year-end charts. Houston's 1985 debut album Whitney Houston, became the best-selling debut album by a female act at the time of its release. The album was named Rolling Stone's best album of 1986, and was ranked at number 254 on Rolling Stone's list of the 500 Greatest Albums of All Time.[7] Her second studio album Whitney (1987), became the first album by a female artist to debut at number one on the Billboard 200 albums chart. Houston's crossover appeal on the popular music charts as well as her prominence on MTV, starting with her video for "How Will I Know",[8] influenced several African-American female artists to follow in her footsteps.[9][10]

Houston's first acting role was as the star of the feature film The Bodyguard (1992). The film's original soundtrack won the 1994 Grammy Award for Album of the Year. Its lead single "I Will Always Love You", became the best-selling single by a female artist in music history. With the album, Houston became the first act (solo or group, male or female) to sell more than a million copies of an album within a single week period. The album makes her the only female act in the top 10 list of the best-selling albums of all time, at number four. Houston continued to star in movies and contribute to their soundtracks, including the filmsWaiting to Exhale (1995) and The Preacher's Wife (1996). The Preacher's Wife soundtrack became the best-selling gospel album in history.[11] Three years after the release of her fourth studio album My Love Is Your Love (1998), she renewed her recording contract with Arista Records. She released her fifth studio album Just Whitney in 2002, and the Christmas-themed One Wish: The Holiday Album in 2003. In 2009, Houston released her seventh studio album I Look to You.

On February 11, 2012, Houston was found dead in her guest room at the Beverly Hilton Hotel, in Beverly Hills, California, of causes not immediately known.