In 2000, Tamara commenced an unique volunteer research work, she was inspired by the memorial of two children (at New Jewish Cemetry) who died during the Holocaust in 1942.

She did a fundamental research about Rigas ghetto and  Holocaust in Latvia. She looked through more than 5500 death certificates and obtained evidence about the destiny of 680 Holocaust victims and submitted them to the Yad Vashem National Memorial to Heroes and Victims of the Holocaust in Jerusalem.

In continuing her research, Tamara looked through more than 3 887 house books/registers (dated 1941) from 245 Rigas streets, as well as 68 ghetto house books/registers, which have been preserved. She obtained data which had been unknown up till now about the destinies of Jews in Riga during the period of German occupation. 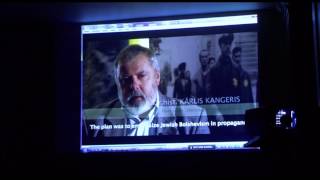