She first gained attention as a child actress, playing the young Princess Seonhwa of Silla in the SBS drama Ballad of Seodong (2005). In 2009, Sulli debuted as a member of South Korean girl group f(x). She left the group in 2015 to focus on her acting career. After a three-year long hiatus, Sulli resumed her music career with a feature on Dean's 2018 single "Dayfly" before making her solo debut in June 2019 with the single "Goblin". 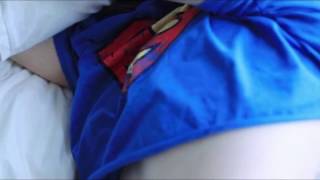 Her birth name was Choi Jin-ri; her given name means "the truth" in Korean. Her mother enrolled her in acting school at a young age. Sulli attended Jungbu Elementary School (중부초등학교) in Busan, Seoul Cheongdam Elementary School and then attended Chungdam Middle School (청담중학교).

Sulli first came to Seoul in 2004 while in the fourth grade.

When Sulli was in fourth grade, she attended an SM Entertainment audition, during which she sang the S.E.S. song titled Chingu ("Friend"). After the audition she was officially cast as an S.M. trainee and during the same year, moved into a dormitory with Taeyeon and Tiffany of Girls' Generation. She continued to stay there up until the debut of Girls' Generation, in 2007.

In 2005, Sulli began acting professionally at the age of 11, when she was selected to play young Princess Seonhwa of Silla in the SBS drama Ballad of Seodong. Before her debut as a child actress, her stage name was changed to Sulli at the suggestion of a reporter who felt her birth name was "too Christian" and that people from other religions would not like it. She continued to take on minor roles in television dramas and movies such as Vacation (2006), Punch Lady (2007), The Flower Girl is Here (2007) and BABO (2008).

In August 2012, Sulli starred as the lead role in To the Beautiful You, based on the famous Japanese shojo manga series Hanazakari no Kimitachie. The drama series started broadcasting on August 15, 2012 on SBS. Sulli plays Gu Jae-hee, who disguises as a boy in order to attend the same school as her crush. In order to prepare for her role, Sulli who was known for her long hair cut 60 cm of it. She later won the New Star Award at the SBS Drama Awards for her performance in the drama.

In August 2014, she appeared in period adventure film The Pirates alongside Son Ye-jin and Kim Nam-gil. She played a supporting character named Heuk-myo, a young girl who became a pirate after being saved by the female captain. Later, she played the leading role in comedy film Fashion King, based on the webtoon series of the same name, alongside Joo Won and Kim Sung-oh. In 2017, Sulli starred in a leading role in the film Real (2017) with Kim Soo-hyun.

Sulli was a featured singer in Dean's single "Dayfly", which was released on November 9, 2018 and served as her first release since leaving f(x) in 2015. On June 29, 2019, Sulli made her debut as a solo artist with the single album "Goblin", and held a special stage Peaches Go!blin on the same day at SM Town Theater.

In the midst of Red Light promotions, Sulli abruptly went on hiatus from the Korean entertainment industry due to being mentally and physically exhausted from the continuous, malicious comments and false rumors that had been spread about her. Her hiatus was officially announced on July 24, 2014. On August 2015 (a year into her hiatus), it was announced that Sulli had officially withdrawn from the group.

Beginning in 2017, Sulli was maliciously accused of drug use on social media due to her dilated pupils in the film Real.

In July 2019, Sulli announced that she was an advocate for the no bra movement. Her previously uploaded images on social media of her not wearing a bra and exposing her nipples on a number of occasions, starting from May 2016, was met with heavy criticism. In September 2019, Sulli's breast was accidentally exposed during a live stream on social media and caused a backlash against her in Korea.

On October 14, 2019, at approximately 3:20 p.m. KST, Sulli was found dead by her manager at her house in Seongnam, south of Seoul. Police stated that they were investigating it as a possible suicide, and that Sulli had been suffering from severe depression. The manager reportedly visited the house when he was not able to reach her, after speaking with Sulli via phone the previous day.