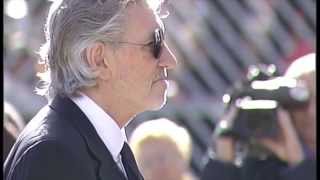 Eric Fletcher Waters was born in County Durham in 1913, the son of a coal miner and Labour party activist. He studied in Bishop Auckland, County Durham, before winning a scholarship that gave him the chance to attend the University.

His wife, Mary, gave him two sons, John, who later became a taxi driver, and Roger, born on 6th Sep 1943, who became one of the founding members of Pink Floyd.

Eric Fletcher Waters was a religious Christian and a pacifist. During the early years of the WWII, Eric was exempted from military service as a conscientious objector and he served as an ambulance driver in Cambridge. However later he came close to the left of the Labour party and engaged more and more in politics. Finally he joined the British Communist Party and became an ardent anti-fascist. He began to reconsider his choices to serve actively in the war. He enlisted in the British Army as second lieutenant in the 8th Battalion Royal Fusiliers.

He was an officer in Z Company and fell in battle on February 18, 1944. Lt Waters was killed at Aprilla in the first wave of fighting as the Allies attempted to secure the beach head at Anzio, south of Rome. His name is on a memorial at the nearby Commonwealth War Graves Cemetery at Cassino but his remains were never found.

Eric Waters' death provided the inspiration for several songs written by his son, and it is commemorated in particular with When The Tigers Broke Free, which also appeared in the film The Wall. In the song, Waters describes how he feels that his 31-year-old father died because of foolhardy generals.