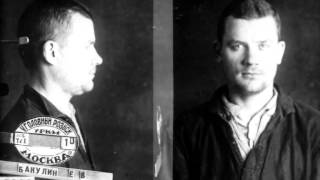 Local (district) divisions of the NKVD were the first stop in the process of repression during the “mass operations”. People arrested were brought into these headquarters where they were interrogated and tortured until they signed full confessions (see Vatlin, 2004 for a thorough description of their work). Once the dela (cases) were closed and the culpability of the arrested considered proved, the files were transmitted to the so-called troiki and dvoiki, who pronounced the verdicts in the absence of the accused. As M. Semenov, head of a militia’s troika later testified, “during an evening, we used to go through up to 500 files, and to pronounce verdicts for several people in a minute” (Golovkova, 2004).

The composition of the troika for the Moscow region was validated by the Politburo, alongside quotas for arrest, on July 10, 1937. The three officials were Stanislav Frantsevich Redens (NKVD), Konstantin Maslov (prosecutor), and Nikita Khrushchev (who was sometimes replaced by Volkov). Redens was later (from January 20, 1938) to be replaced by Leonid Zakovsky who came from Leningrad. Zakovsky headed the Moscow regional NKVD for two months: from January 20 to March 28, 1938. During that time, 4,975 persons were shot (i.e. almost 24% of the total population) in the Butovo Shooting range. The same people were members of the dvoika for the Moscow region. The successive heads of the troika were Vassili Karutsky (who committed suicide in May 1938), Vladimir Tsesarsky and Alexander Zhurbenko.

During the elaboration of operational orders 00447, it was clearly required that regional sections of the NKVD find special and secret places where the verdicts were to be implemented. In the Moscow region, it was the new head of the administrative and economic section of the NKVD, I. Berg, who was charged with finding such places. In the whole region, five places of mass burials of victims of political repression are officially registered (Golovkova, 2004: 5), two of which are in the center of Moscow, the Yauza hospital (used from 1921-1926) and the Vagankov cemetery (1926-1935). The Donskoy crematorium was also used to incinerate the bodies and the ashes were probably also buried there. During the Great Terror, the two known places are Butovo and, not far away from there, Komunarka, where the most important political prisoners where shot (Bukharin, for example).

The reality of Butovo as a place of mass burials was duly established by partial excavations carried out during the summer of 1997 (Golovkova, 1999: 5-16). Nevertheless, they could not establish with absolute certainty that Butovo was the place of execution as medical experts were only able to establish that the corpses were thrown into the graves “either immediately after their death, either from 8 to 10 hours after” (Golovkova, 1999: 14). Furthermore, a few of the orders implementing the acts mention that some executions would take place in Moscow prisons such as Butyrka.

The technology of mass killings is mostly unknown. The executions took place in strict secrecy, vigilantly maintained for years after. The limited extent of the forensic searches of Butovo nevertheless allowed experts to establish that moats were made with the use of excavators, probably of the Komsomolec type. Some bullets were also found suggesting that people were killed with 7.62mm rounds from “Nagan” type revolvers, TT guns and “Degtyarev” machine guns. This has also been confirmed by archival documentation (Golovkova, 2004: 14).

Most of what we know was found in the files of the perpetrators which were opened when they were charged during the post-Yezhov purges of the NKVD. Most of these testimonies confirm the existence of a “special zone”, although not directly. When people were actually killed is also a question that remains unanswered. On the basis of the implementation acts it is possible to construct a table, as reproduced in most of Butovo’s books of memory (the bloodiest day may have been February 28, 1938 when 562 people were killed). However, it seems at least as likely that executions happened on a more regular basis, and that they were formally regularized only post-factum.

The acts of execution were signed by eight NKVD officials (Golovkova, 2004: 397), who consequently bore the responsibility for the process and organization of the mass murders: M. I. Semenov (August 1937 - June 1938, eleven months), I. Ya Il’in (October 1937 - July 1938, ten months), I. D. Berg (December 1937 - July 1938, eight months), P. I. Ovchinnikov (June - October 1938, five months), A. T. Koryavin (August - September 1937, three months), S. I. Lebedev (August - September 1937, three months), I. I. Shigalev (August - October 1938, three months), S. V. Lozhkin (October - November 1937, two months). Researchers (Golovkova, 2004: 90) working on the Butovo Shooting range were also able to uncover the names of some of the executioners as Petr Maggo and the brothers Shigalev, for example. Golovkova describes them as “not very young, officers, members of the party VKP(b)”, they received only a “first education” and seem to be very affected by their job. Golovkova also notes that they were all decorated for their jobs at the end of 1937. She also insists on the fact that none of them “lived until the old days”.

Communist genocides. All the actors, editors (& even door guard for the good measure) of Latvian theatre in Moscow "Skatuve"shot this day