In 1956, he joined the German Federal Armed Forces, the Bundeswehr and rose to the rank of Generalleutnant. 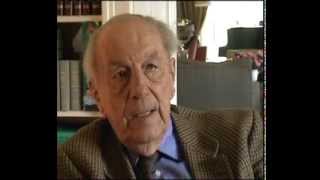 Loringhoven was a Baltic-German descended from an ancient and illustrious family first ennobled in the 12th century (Baron: Livonia, Courland 1198; Master of the Teutonic Order 1485, Gotha Register 1896, 1934 1942).

He was born in Arensburg (Kuressaare), Governorate of Livonia. After one year of law studies at the University of Königsberg, he joined the Reichswehr in 1933.

In late 1942, the tank battalion under Loringhoven's command was encircled during the Soviet counter-offensive at the Battle of Stalingrad.

On 23 January 1943, he was awarded the German Cross in Gold (Deutsches Kreuz in Gold) as Hauptmann (captain) in the 2./Panzer-Regiment 2.

That same month, he was flown out of the pocket and later transferred to the staff of 111th Infantry Division on 2 March 1943.

In November 1943, Loringhoven was promoted to major.

From July 1944-April 1945, he served as an adjutant to the Chief of Army General Staff (first, General Heinz Guderian and then General Hans Krebs).

Loringhoven's cousin, Wessel Freytag von Loringhoven, provided the detonator charge and explosives for the 20 July assassination attempt against Adolf Hitler. They knew each other well but Bernd was not involved directly in the plot; after it failed Bernd managed to escape arrest, due to the support of Guderian.

However, Wessel was suspected of complicity in the plot and committed suicide on 26 July rather than risk implicating his family and colleagues.

Loringhoven's last assignment was as a staff officer responsible for the preparation of reports for Adolf Hitler. This work required a constant presence in Hitler's entourage.

After 23 April 1945, when Hitler's communications staff began to desert, he had to improvise and he based his intelligence reports on information he was able to gather from the Allied news agencies Reuters and the BBC. Fortunately, Hitler was not aware of this.

In the evening of 29 April, he left the Führerbunker with Gerhardt Boldt and Lieutenant-Colonel Rudolf Weiss. That morning, Loringhoven had approached Krebs and asked if he and Boldt could leave Berlin and "return to the fighting troops".

Krebs talked to Burgdorf to get his advice. Burgdorf approved but indicated that they should take his assistant, Weiss. Hitler was approached for his approval at midday. Surprisingly, he asked many questions and offered his advice.

Hitler asked, "How are you going to get out of Berlin?"

"You must get an electric boat, because that does not make any noise and you can get through the Russian lines."

When he agreed that an electric boat would be best but added that, if necessary, they might have to use a different craft, Hitler was suddenly exhausted. He shook hands limply with each of them and quickly dismissed the group.

Captured by the British on 3 May 1945, Loringhoven spent two and a half years as a prisoner of war. He was not charged with war crimes.

After being repatriated in January 1948, he lived in Munich, where he became a publisher. He joined the German Federal Armed Forces (Bundeswehr) in 1956 and attained the rank of general. He was later appointed Deputy Inspector General of the Armed Forces and retired from the army in 1973, with full honours.

Late in life, Loringhoven, long a knight of the Order of Saint John (Bailiwick of Brandenburg), actively served the Order as its chancellor and governor.

At the time of his death, he was one of the last three known living witnesses (along with bunker telephone operator Rochus Misch and Hitler Youth courier Armin Lehmann) to the events in the Führerbunker at the end of World War II.

Although he had left the bunker complex before the time of Hitler's suicide, Loringhoven was often called to testify and to co-operate in script writing. For example, he participated in this way in the film Downfall (Der Untergang). In his memoirs, published as In the Bunker with Hitler: The Last Witness Speaks, Loringhoven focussed chiefly on the final months of the Third Reich.

Loringhoven was the father of Arndt Freiherr Freytag von Loringhoven, currently vice president of the Bundesnachrichtendienst.

07.09.1942 | The Red Army launched a major counter attack against the German Army outside of the city of Stalingrad in WW2

31.01.1943 | German Field Marshal Friedrich Paulus surrenders to the Soviets at Stalingrad, followed 2 days later by the remainder of his Sixth Army, ending one of World War II's fiercest battles